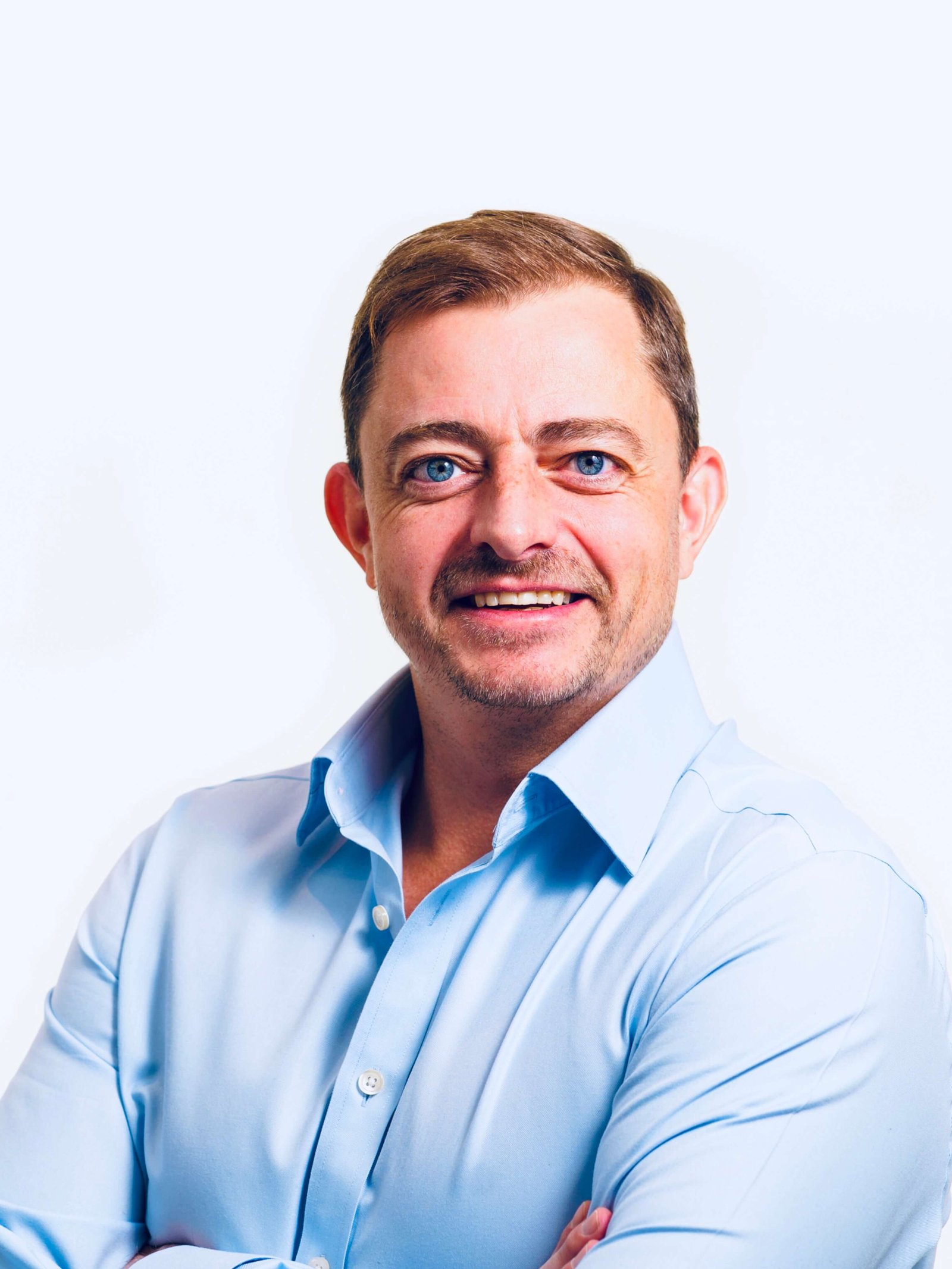 Originally from the UK, Stevan graduated from Nottingham University with a BEng (Hons) in Chemical Engineering in 2000. He subsequently trained at RMA Sandhurst before starting his career within the Recruitment industry.

Since then, Stevan has gone on to set up several Property & Construction recruitment practices within large multi-national recruitment firms in the UK and Asia. During this time he has developed strong techniques for complex international search requirements completing numerous assignments in the Americas, Europe, Middle East, Africa and Asia.

Initially starting his career in London and servicing the UK markets, Stevan spent time in the Cayman Islands recruiting for the Offshore markets before moving to Singapore in 2010 where he has been working regionally and globally since. 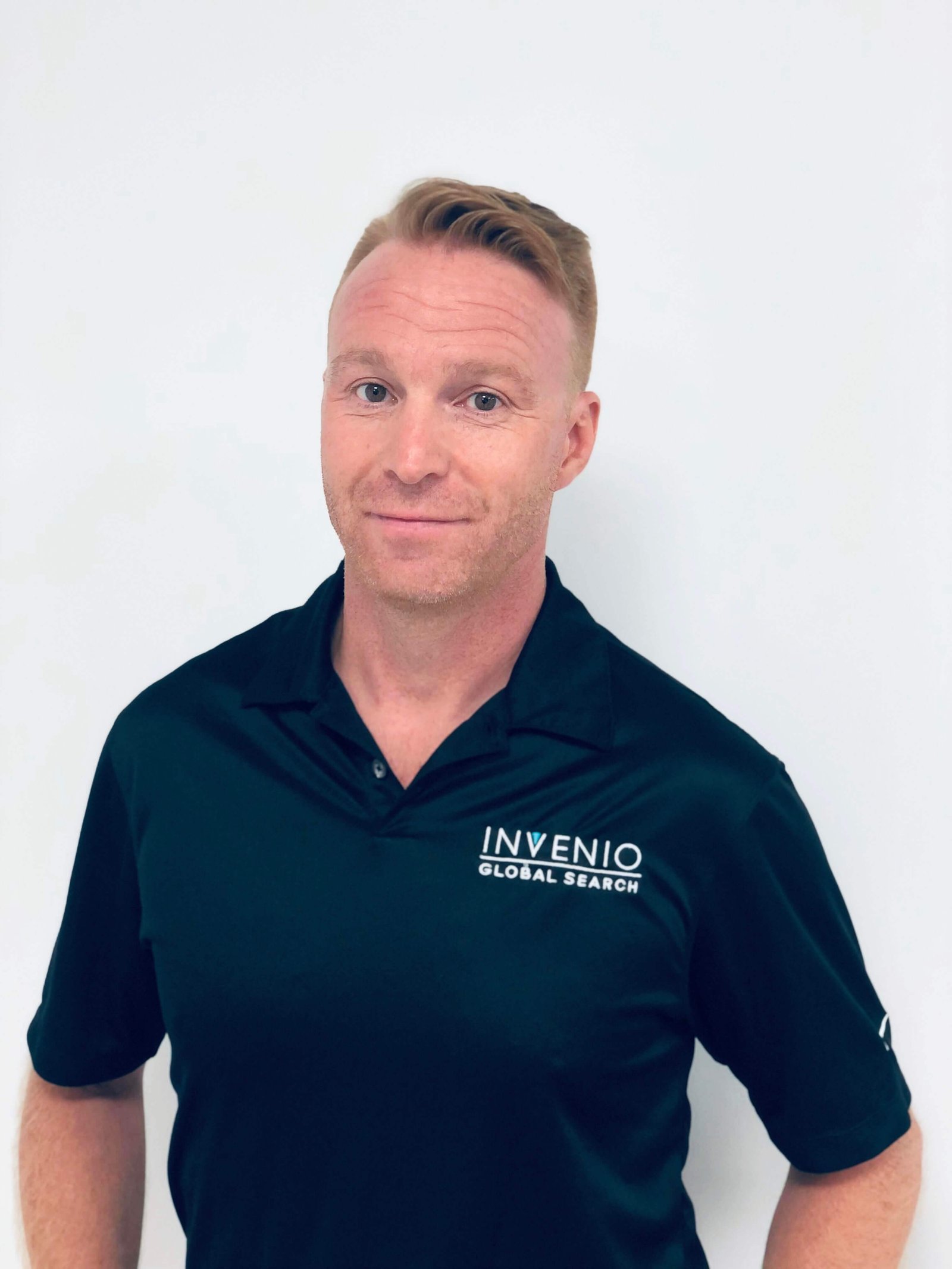 Alan has over 18 years’ experience in Global HR and Recruitment. He holds a bachelor’s degree in Business and French, SPHR, CIPD and is an Accredited Director.

He has managed HR and Recruitment for Companies such as Google, Amazon, Apple, IBM, HP and Eircom. Alan has provided high level Strategic HR support for clients as well as managing Global Executive Search engagements across many sectors.

He built up a recruitment business in Cayman to be the leading recruitment consultancy on island prior to him selling. He has now co-founded Invenio Global to serve his clients local and global needs.

Alan is a keen practitioner of Brazilian jujitsu and Krav Maga and Yoga. He is also a certified Health Coach. 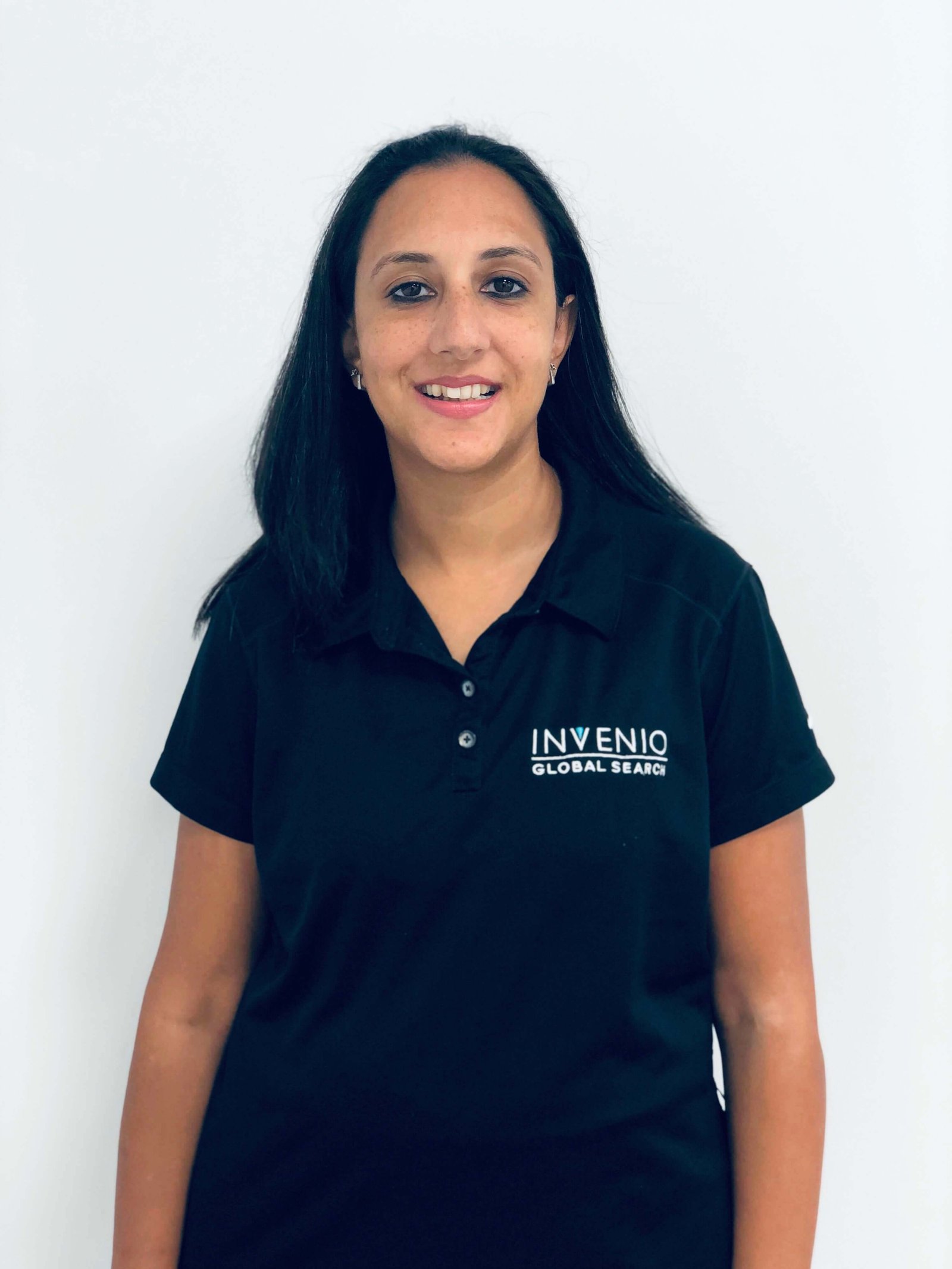 Originating from London, England, Nikeeta completed a law degree (LLB), Masters in Sports Law (LLM) and Legal Practice Course (LPC) she then worked as a litigation paralegal for over three years in London law firms.

In 2012 she decided to leave her legal career behind and joined the world of recruitment. Nikeeta specialises in legal recruitment and has worked with regional firms, magic circle, silver circle and offshore firms as well as small and multinational in-house companies and one-man bands. She has recruited for legal clients globally including in the UK, Channel Islands, Cayman, BVI, Bermuda, Hong Kong and even in South Africa!

Nikeeta first moved to the Cayman Islands in 2014 and quickly built a solid reputation as a friendly and approachable specialist legal recruiter.

In her spare time Nikeeta loves to relax on the beach with a few rum cocktails. She is an avid follower of the English Premiership football league and her idol is tennis legend Roger Federer. 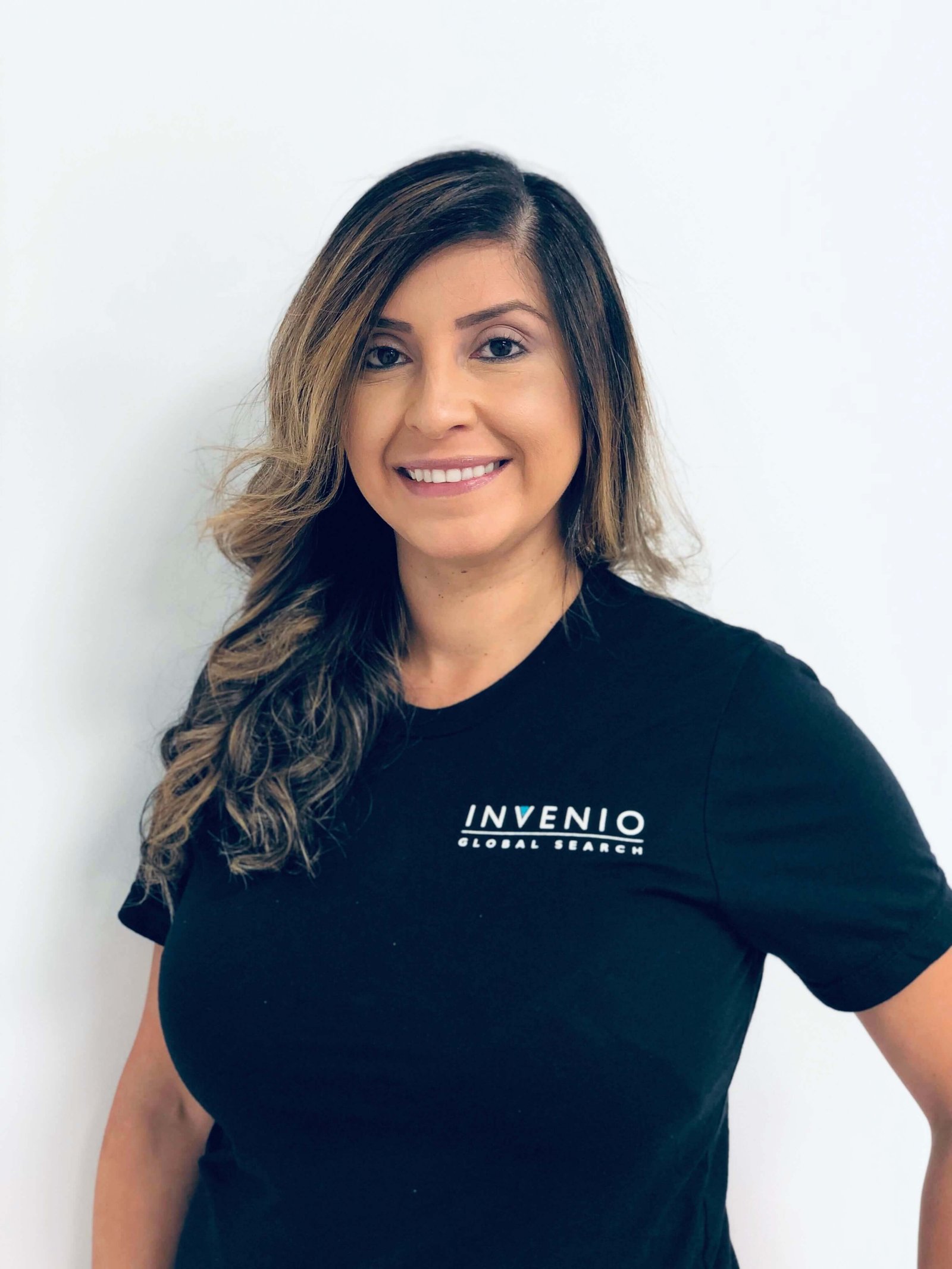 Brenda has over 15 years’ experience working in the Non-Profit, Education, and Health Services sectors. She has extensive expertise in program management, event and meeting planning, human resources and training and development. She holds a Bachelor of Arts Degree from UCLA and is certified by the Cayman Islands Society for Human Resource Professionals in Human Resource Management.
She has managed the operations, projects and staff for medical societies, advocacy organizations and healthcare centres based in the US.
Her passion for helping people brought her to Invenio Global where she provides immigration, human resources, and project management support to clients.
Brenda is a native of Los Angeles, who enjoys Zumba and Netflix Fridays. 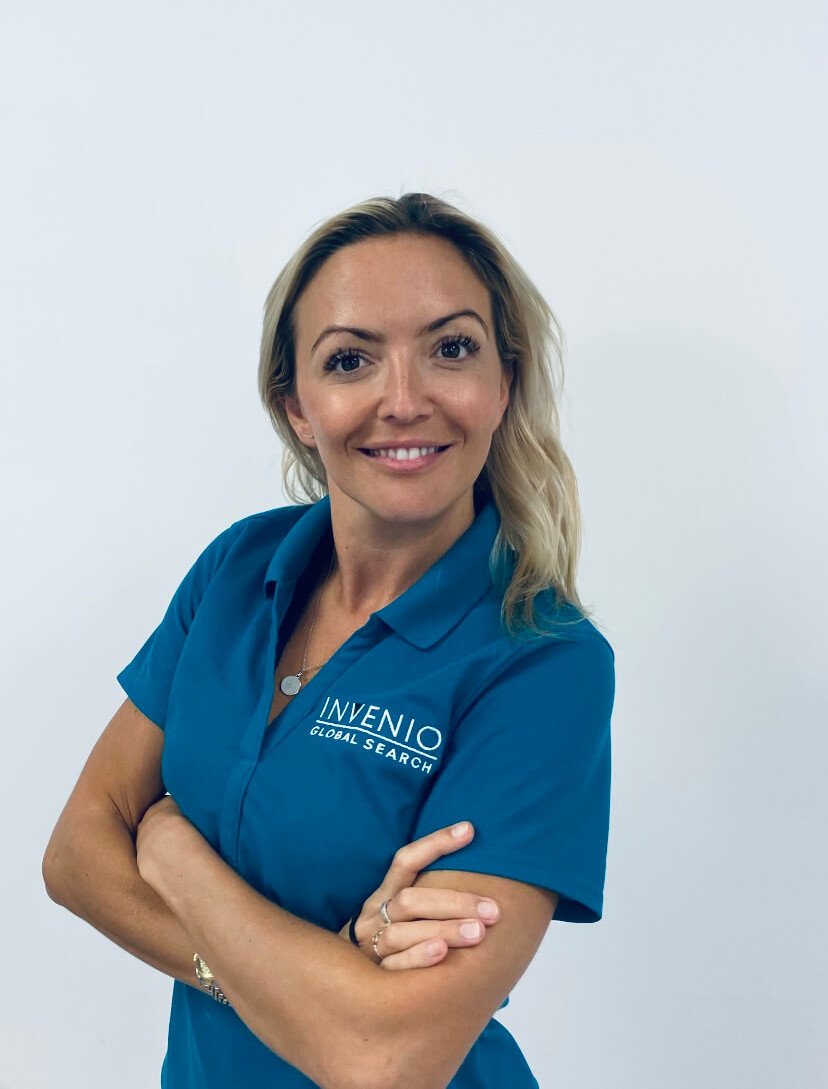 Originating from England, Hayley completed her Law Degree (LLB) and Legal Practice Course (LPC) at Liverpool John Moores University. Upon qualifying as a Solicitor, she practiced in the Insurance space for several years.

In 2013 Hayley relocated to Sydney where she first embarked on the career in legal recruitment. After 4 successful years Australia she then moved to New York City, leading a strong legal recruitment business across the US.

Hayley specialises in placing lawyers in both in-house and private practice roles. Her clients include magic circle, silver circle, national and boutique law firms as well as small, multinational, and global financial and professional services companies.
​
Recently moving to the Cayman Islands, Hayley is excited to become a trusted local legal recruitment partner.

​In her spare time Hayley can be found at any local live music spot and is a regular on the festival circuit. Also, like many of her colleagues she is an avid football fan. 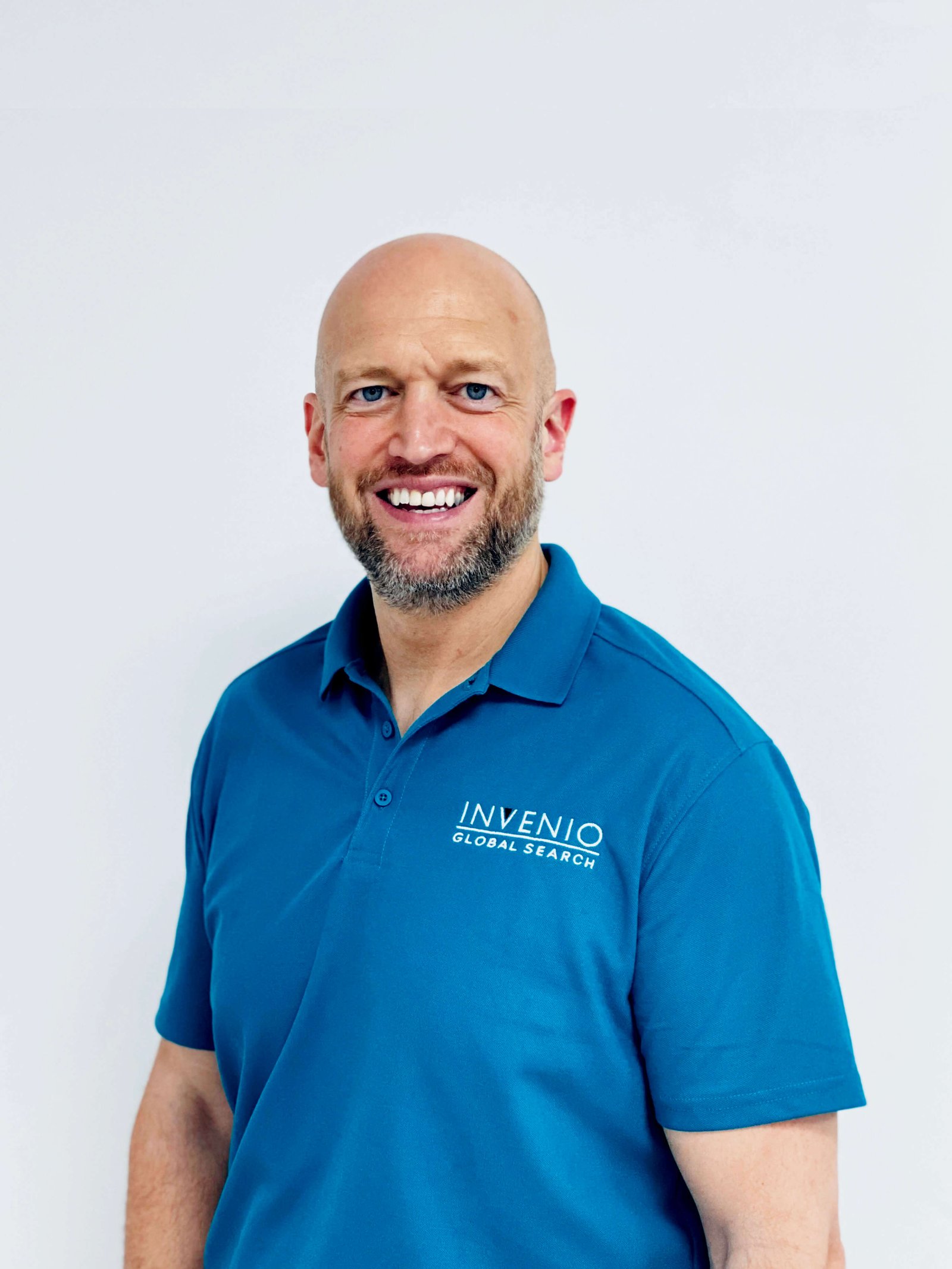 Originally from Chester in the UK, Phil spent the last 12 years in London before relocating to Cayman. After studying Engineering Science at John Moores University, Phil spent the first 10 years of his career as an Engineer, before opening his own search firm in 2006.

Phil has 15 years’ experience of placing senior individuals across the Professional Services domain from West Coast US right across the globe to Singapore. Additionally, Phil has also worked in and built teams of recruiters across many different areas such as Regulatory Compliance, Economics, Business Transformation, FinTech / Core Banking and Cyber.

Phil has successfully worked on mandates for mid to senior positions across the Big 4, tier 1 & 2 firms and tech unicorns as well as seed funded start-ups, and almost everything in between! Phil is a big sports fan. He loves running, snowboarding, football, NFL and Scuba Diving, so when not in the office you’ll find him 30 meters below the surface of the sea or enjoying a (very) cold post dive beer…. 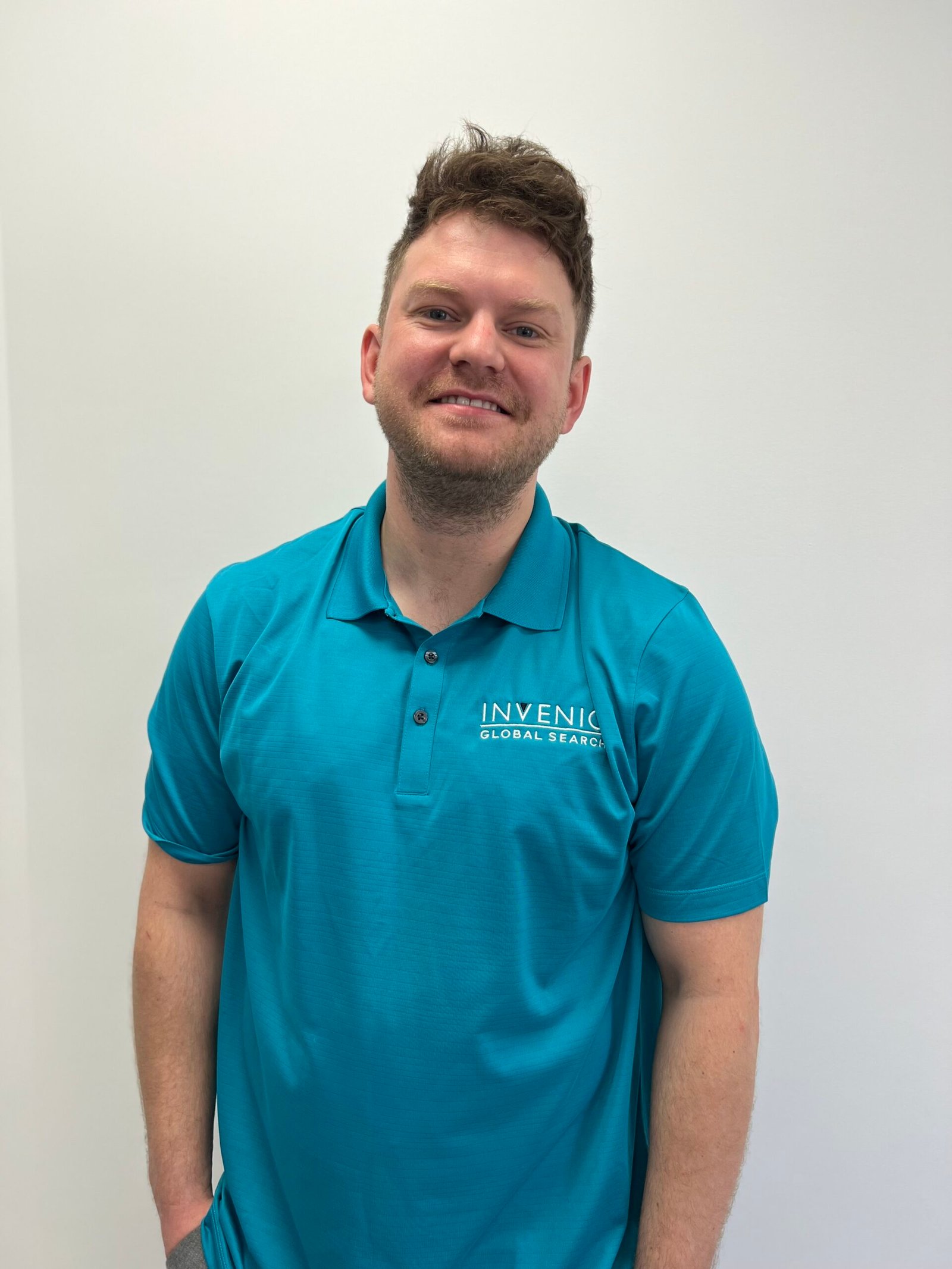 Originally from Scotland, Craig holds Masters’ Degrees from the University of Glasgow and the University of Chester. He spent his 20s largely working in the third sector, starting in Africa followed by some time in Central America and finishing up in South East Asia.

His Recruitment career started with TD Bank in New York City supporting Campus Recruitment between Maine and Florida. Moving back home to Glasgow, he worked for Michael Page supporting their Tech Team. Having recently moved to Cayman, he will continue to specialize in placing top IT professionals.

In his spare time Craig enjoys chilling by the beach with a beer. He is a big rugby fan and loves going to the gym and cooking. 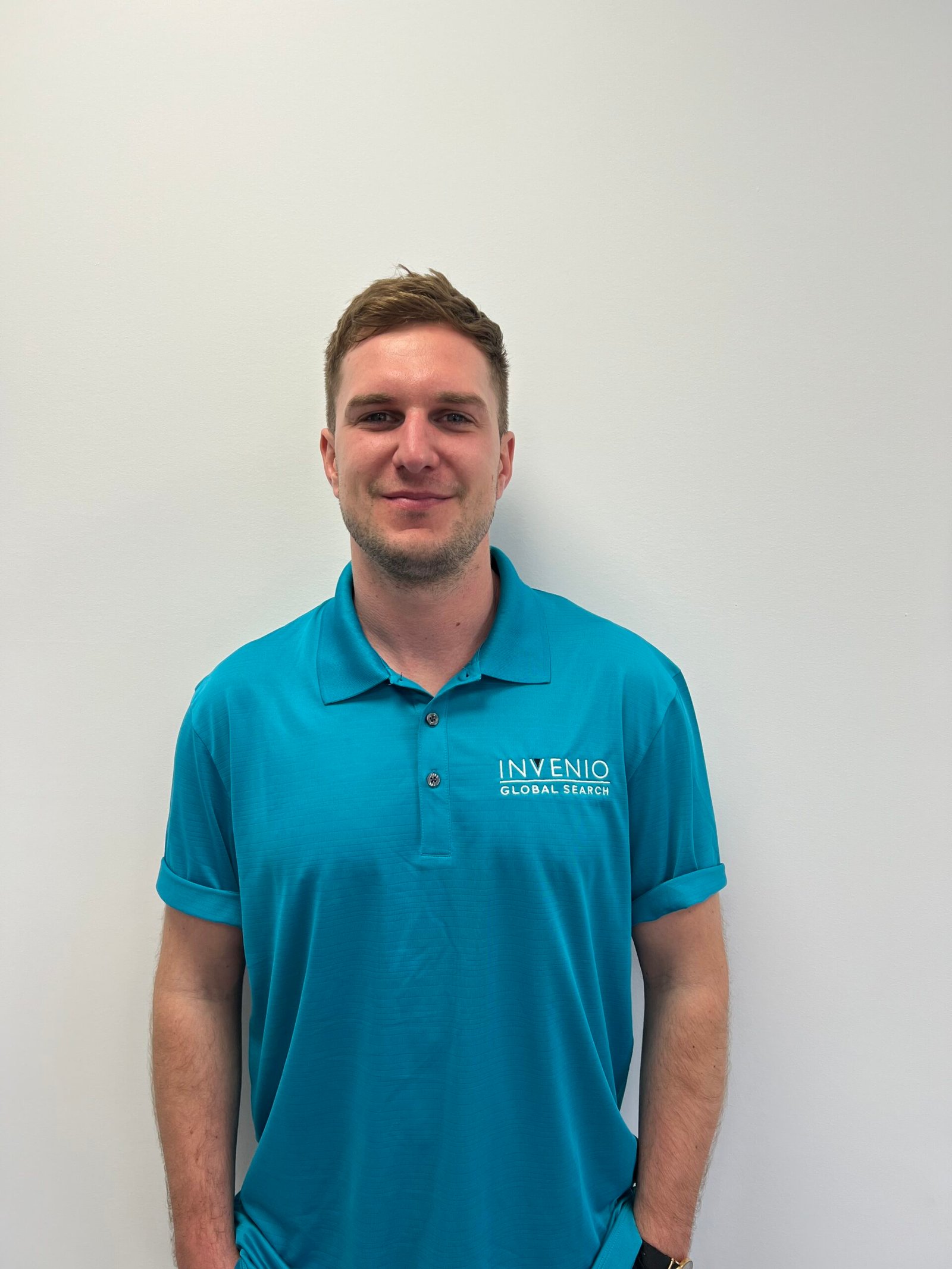 Originally from London, Sol grew up waterskiing for the British waterski team competing to a high level globally. After a spending a number of years in Sydney in his 20’s, he returned to London in 2018 and commenced a career in legal recruitment where he focused on assisting top tier London law firms with permanent hires across the corporate, commercial, disputes and banking disciplines.

Upon moving to Grand Cayman, he continues to recruit within the transactional and contentious verticals, working with the top tier law firms across the offshore, US and UK markets.

In his spare time, he enjoys being close to the water either waterskiing, wakeboarding kitesurfing or attempting to surf. 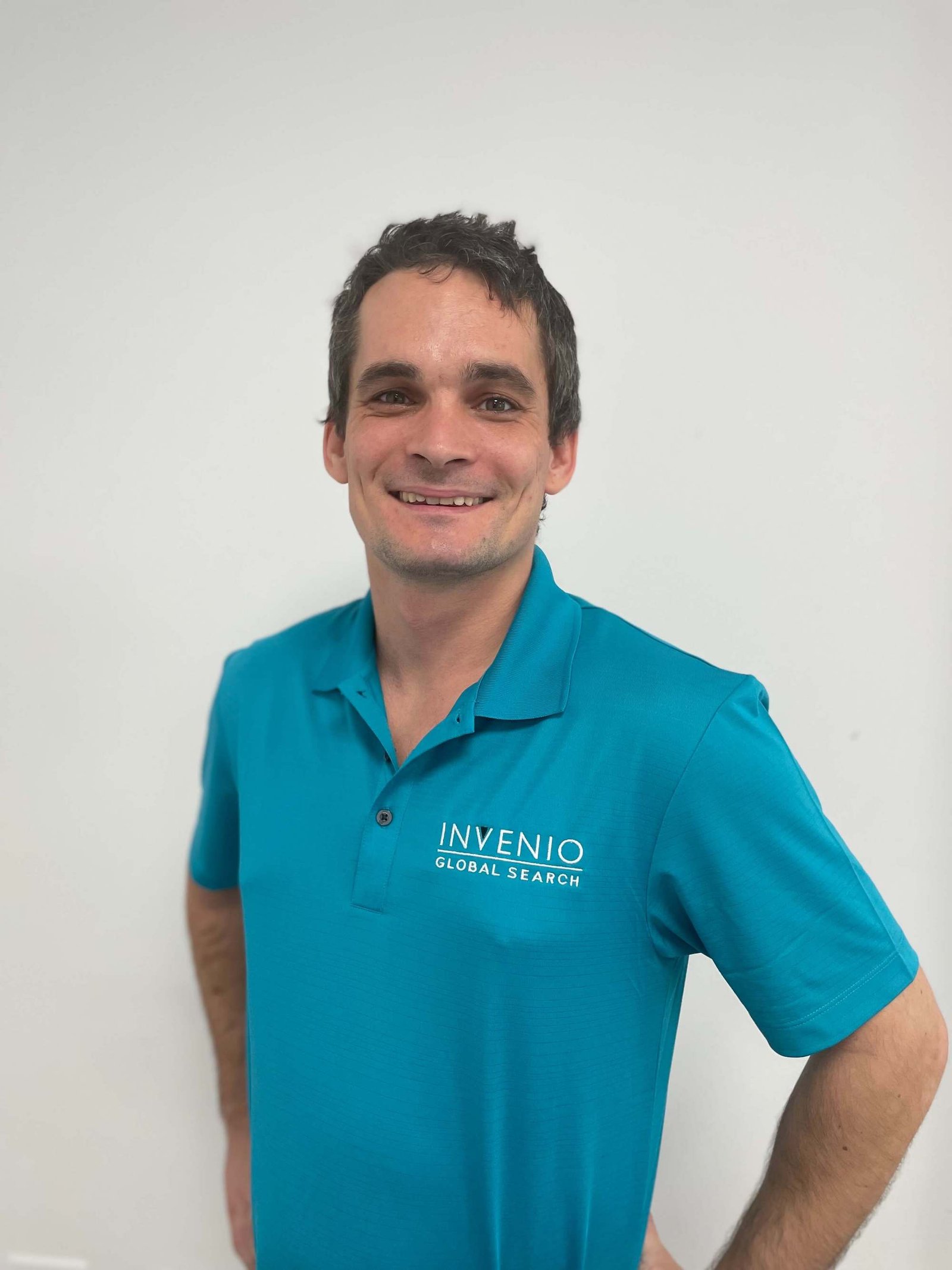 David is originally from Cumbria in the UK. He graduated from the University of Leeds in 2014 with an LLB Hons in Law and Management. After completing his degree, he moved to Prague where he began his recruitment career working in Social Services, IT and Finance. He moved to the Cayman Islands in 2018 and has experience helping professionals in a variety of fields take the next step in their career. His main area of focus has been on Finance and Compliance.

Outside of work David’s a keen rock climber and squash player and is active in both clubs on island. He enjoys watching football and supports Arsenal, although given he has two left feet he rarely plays. He’s a member of Rotary Central Cayman Islands and served as their Director of Vocational Services 2020 – 2021. Here he put his 7 years of recruitment experience to good use leading several community initiatives aimed at helping young Caymanians take the first step in their career. When he’s not putting his time to good use David’s often at a local beach bar enjoying at 1981 beer. 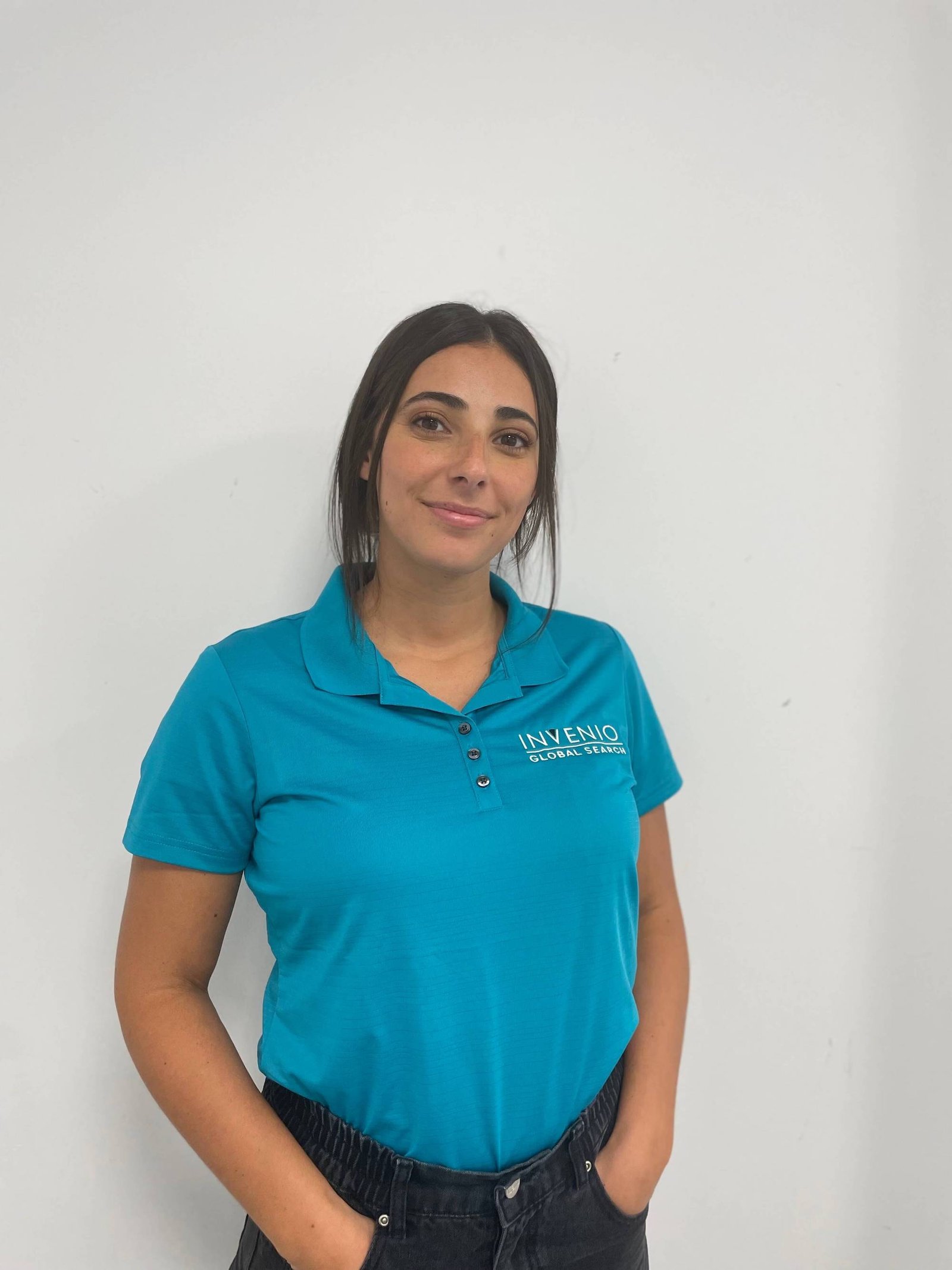 Originally from New York, Alexa spent the last three years in Sydney before making the move to Cayman. After Studying at The Fashion Institute of Technology and receiving a bachelors degree in Marketing she went straight into event sales, management, and coordination.

She has previously worked as an Event Sales Manager and Executive Assistant to the COO for one of the largest hospitality venues in America. With all that she has learned from her previous roles, she sets out to assist our team in placing the right candidates in the perfect role.

In her spare time, she enjoys going to the gym, relaxing on the beach, and taking her world-traveling dog on walks. 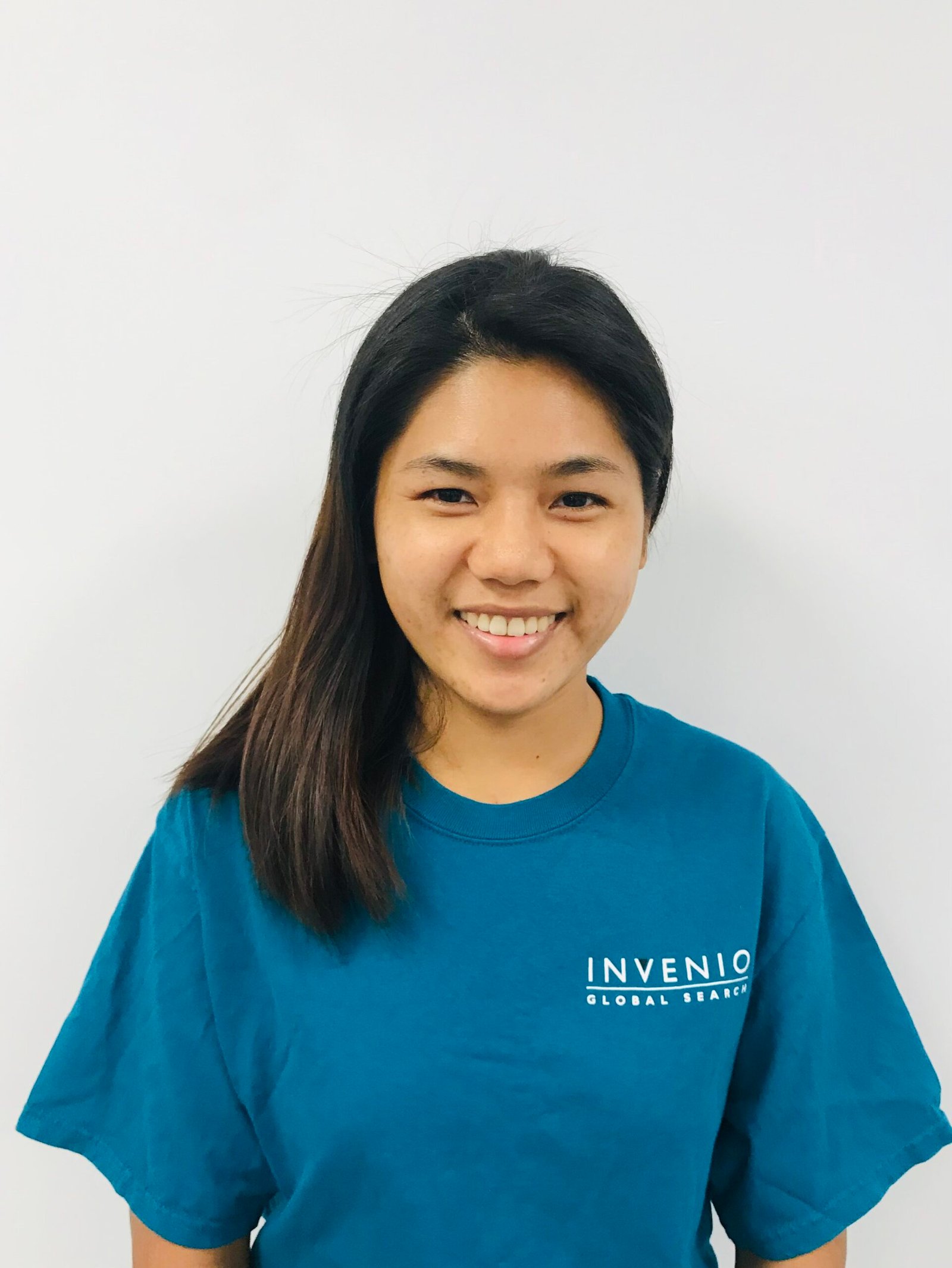 After a highly successful internship, her strong work ethic, passion for self-development and interest in our immigration arm resulted in an opportunity for her to join Invenio as an Immigration Coordinator.

In her spare time, she enjoys horticulture and spending time with nature. She always has a DIY project or two on the go and loves planting in her home garden. 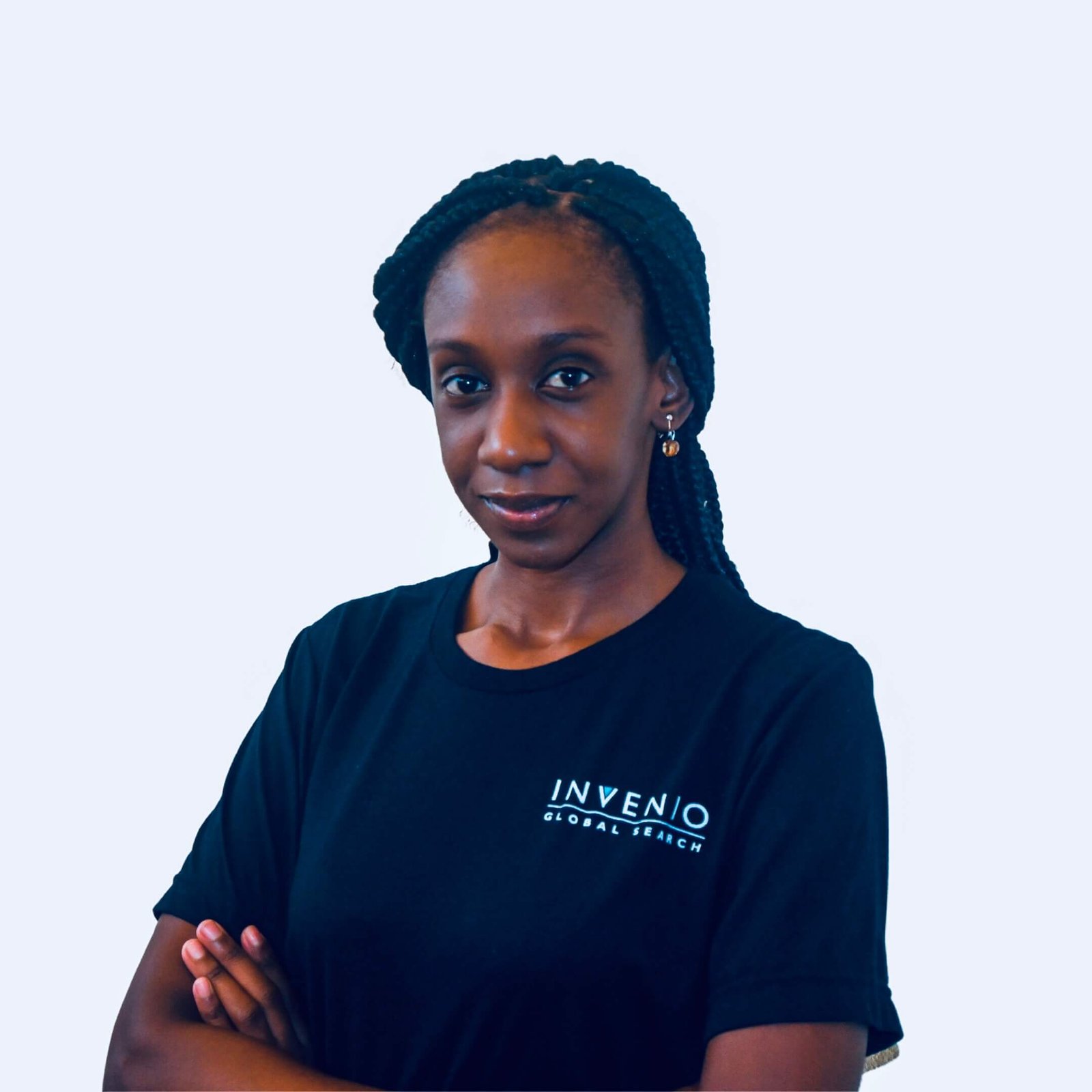 Kathleen is a qualified accountant with over 5 years’ experience in financial accounting,
reporting; and international tax compliance. She is a member of the Association of
Chartered Certified Accountants (UK) and holds a Bachelor of Commerce in Accounting and
Finance.

Emelia Fernandes
Executive Administrative Assistant
Cayman Islands
Emelia is from Goa, India, and joined Invenio in March 2021 as an Executive Administrative Assistant. With a varied background in administrative functions including Office and HR administrations, she has experience in the hospitality, retail food, and tourism sectors. Emelia relocated to the Cayman Islands in 2016 and previously worked in Dubai, United Arab Emirates for 8 years. Emelia holds an Associate Degree and is also certified in Human Resource Management Training
Emelia has a passion for baking and loves cooking various cuisine with a twist of her own
Email Emelia 345 769 7000 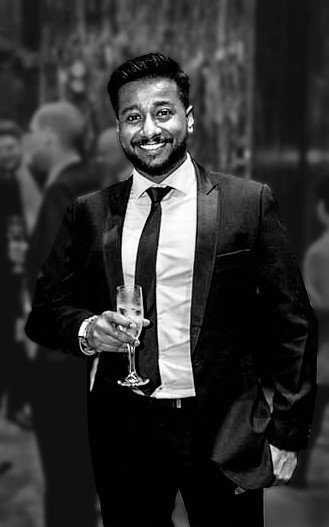 Nikhil is originally from India and moved to Singapore in 2009. He studied at Temasek Polytechnic and graduated with a Diploma in Mechatronics Engineering (Robotics) in 2011. He then moved to Sydney to pursue a bachelor’s degree in Mechanical Engineering from the University of New South Wales and graduated in 2016. He worked as a Design Engineer for a year before starting his career in the Recruitment Industry.

Nikhil is an enthusiastic individual with strong analytical, critical thinking and project management skills. He has over 5 years’ experience in talent consultation and management with a strong passion for technology solutions. He has worked with Corporates and SMBs in talent requirements across the Asia Pacific region successfully completing numerous assignments. He is a licensed EA Personnel in Singapore, EA Registration No.: R1764621

Nikhil is also a passionate cricketer and has played for various teams in India, Singapore, and Australia. He still plays over the weekends and coach young talents. He also enjoys a nice long drive to the mountains. 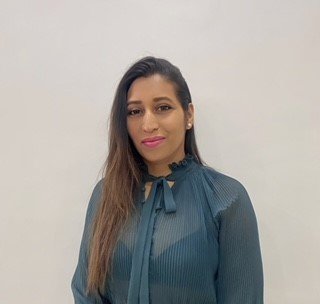 Originally from India, Arti completed her Degree in Engineering from Mumbai University. In 2010 she embarked on her career in recruitment, partnering with corporate clients fulfilling their critical talent acquisition needs in audit, compliance, finance, legal and risk.

In 2017 Arti started focusing exclusively on Legal executive search. Since them she has been assisting consultants in sourcing candidates for top tier Onshore & Offshore Law Firms across the Asia Specific region. She has worked in almost all the specialization – Corporate, Litigation, Arbitration, Corporate Finance, IPO, IP, Capita Market, Funds, etc. In her spare time, she enjoys going to the gym, reading novels, painting.